"Disney and Pixar: The Power of the Prenup" article 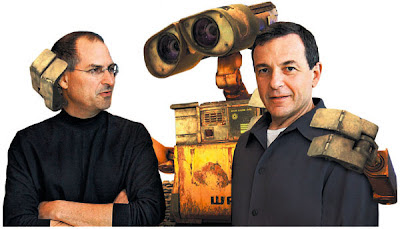 There's a cool article @ nytimes about the Disney/Pixar merger. One crazy info is about the "Cars" merchandise sales figure:


And the Pixar team, which also has oversight of Walt Disney Animation Studios and the DVD-focused DisneyToon Studios, decided that it was O.K. to outsource some direct-to-DVD animation to an Indian company, a departure from its rigid stance that outside animators could not deliver the necessary quality. (Mr. Lasseter will still closely monitor the efforts, however.)

For the first time, Pixar is also scheduled to deliver two movies in a single year: “Newt,” the story of a salamander’s search for love, and “The Bear and the Bow,” an action-adventure starring an imperious Scottish princess; both films will arrive in multiplexes in 2011.

There's a lot, so check out the full article.