Omer Rana sends me those clips and they are pretty funny! There are some good expressions in there.

This one you have to go to youtube (won't let you embed). Cute kid, watch his change at the very end.
1 comment:

So about the Santa Clip:

You probably kept on working on this (I'm a bit late with the feedback), but here my 2 cents of that current version. I like the setting, the idea is great and I love that he jumps into the chimney, so it's not just a weight exercise. Overall it's working well, I especially love that he's looking at the chimney with that head turn around x127, because it shows that the character is thinking (and even thinking ahead). I would say keep going with these areas in mind:

- being on a slope, you want to incorporate that into your animation (otherwise why choose that set?); so once he's carrying the bag, let his feet slide down a bit on the snow, forcing him to readjust his footing and balance
- while the bag gets off the sled, add some rotation and compression on the sled, as if he's lifting that bag off a truck
- for a more complex or "different" way of putting the bag on top of the chimney, maybe go beyond the simple lift up and throw, but more of a roll. By that I mean, look at x174. On that frame the bag could be pushed up the side wall of the chimney which would break the momentum of his upward swing. Because of that he would have to start pushing/rolling the bag over the chimney's edge (I hope this makes sense). Not as a big, second part of the exercise, but just for added complexity and variety. You can still have him push down on the bag at the end for the final push. For that though, I would, if you can, make it look like he's really pushing into the bag, making the bag look soft (see some compression on the bag first before it goes down).
- the jump is cute, just watch your timing: first, from x220 to 248 I would have him lean forward instead of back, as if he's looking down the chimney to see if the bag made it down. The area between x266 and 274 (roughly) feels slow. The way he goes down just feels a bit off. He accelerates down at the end to a more believable speed, but before that it's a bit slow.
- detail: would be awesome to have snow foot prints. :)

- Fox' Ice Age 3 has a new trailer! That woman-finger animation is awesome! :)

- Dreamworks' How to train your Dragon got a new pic online, via Animated-News 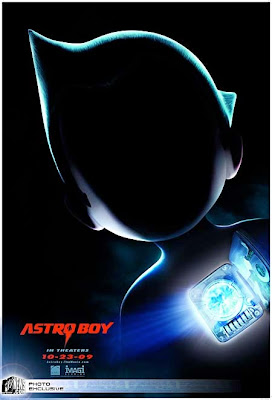 - Astro Boy has a new poster @ iwatchstuff and a new trailer!
2 comments: 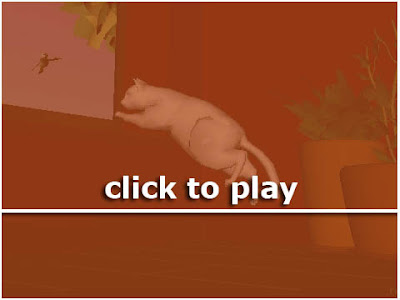 Aditi mentioned that she's not done fixing the anim, but it's already very well done!
17 comments: 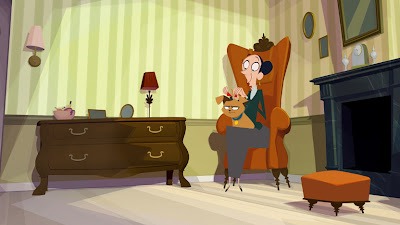 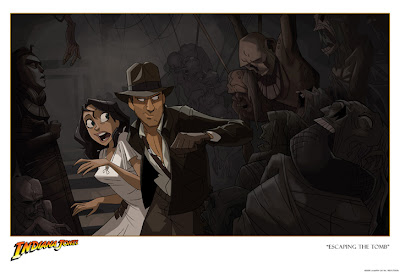 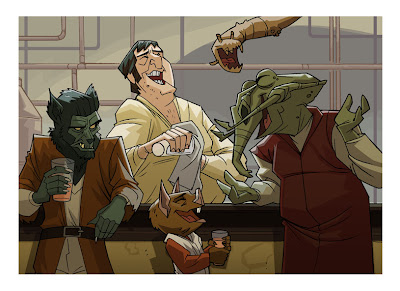 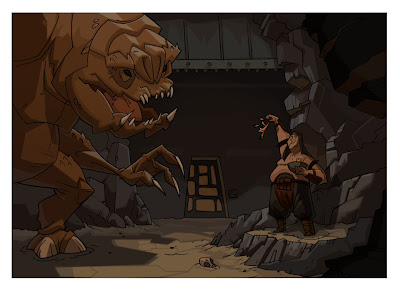 - I really thought that I posted about Patrick Schoenmaker before, but I can't find anything on Spungella, nor AcademyAnimation, nor Swench, so either I'm really tired and just not functional this morning or SHAME ON ME! :)
Anyway. There is fantastic artwork on his site and it's just begging to be in animated form. Go check it out!

- Cartoon Brew points to MouthOff, a funny (albeit useless) iPhone app, which does real-time lipsyncing. There's a video about it too. 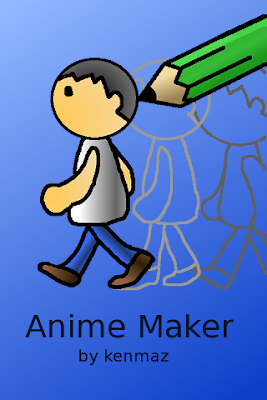 - Speaking of iPhone apps. There is now Anime Maker... 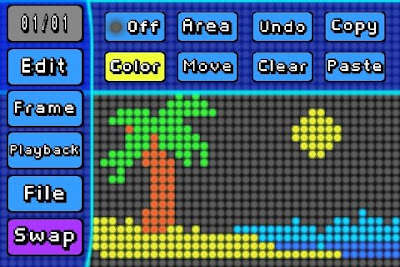 ... and LED Animator.
No comments:

I've been receiving emails from students asking about future classes. The answer is always the same so I might as well post it here in case people are looking for answers on this site.

Please ask your advisor because I am usually the last person to find out what type of class I will be teaching. The moment I know anything, I post it as a mini message on this site above the regular posts.

I have students e-mailing or coming up to me saying: "Hey, cool that you're teaching such and such classes on such and such day!" That's usually how I find out. So you guys are much better informed than I am. :)

That's not a complaint btw.

The list of possible classes comes out towards the end of the semester, but the confirmation about which type of class and on what day it wil be, arrives much later. The moment the class is in the system your advisor will know about it. And the moment I know about it, I'll post it here as always.

The only difference now is that this Spring semester might be my last one at the AUU. But either way, look for a notice at the top of the page above the posts for any class announcements.

Thanks for asking though! I appreciate the interest!

Hands and gestures - by Carlos Baena

Eric Tuel sends me a reminder to check out Carlos Baena's site, which is always a good idea. The latest about is about hands.
1 comment:

Cloudy with a Chance of Meatballs - Official Trailer 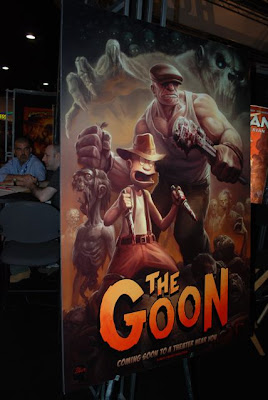 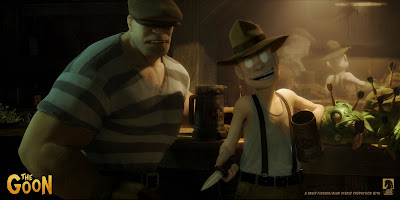 It's great to have so many people out there sharing information or pointing to really cool and interesting sites. Gotta love the web every now and then. :)

- First off, Matt Ornstein points to the trailer of "God of War III" and it's a great example of game animation with really cool creatures

- Jeff points to two highly recommend sites. One, a blog by Robin Linn who works at Sony Imageworks, with very helpful posts like "Words of wisdom (and common sense)..." and "Good Artist Practices Continued...". And two, TJ shares his new rig! Thanks TJ! 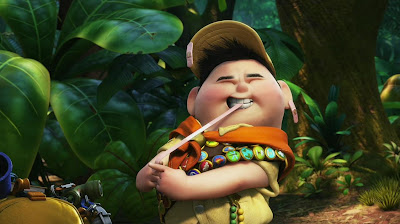 apple.com has the new Disney/Pixar "Up" trailer in nice HD quality, plus a new UPisode is out, called "First Aid".
8 comments: 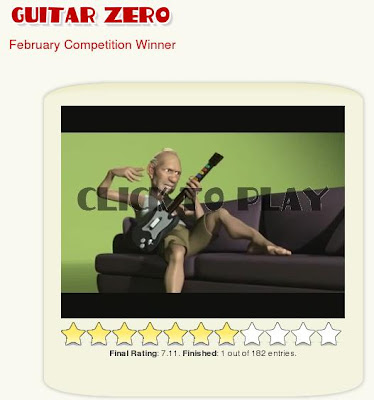 Head over to the 11secondclub.com and check out the new winner!
2 comments:

I've been slacking with Animation Buffet updates, but I'm back on it. There are some interesting new rigs out there. I haven't tested them yet, but they look great!

Le Roy Regis strikes again! Thanks for the link!

Check out The Guerrilla CG Project.

Lots of tutorial videos covering all kinds of topics. One of them the ever present "Rotation Problem" in Animation. The video presentations are quite fun too.
No comments:

Another month, another newsletter! This month you're getting:

And as always, a great post in the Tips&Tricks section. I'd recommend you read that one for sure:

- How to Approach an Acting Test
No comments: 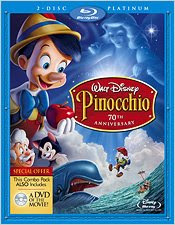 New "Up" trailer and "Monster vs. Alien" clip

The new "Monster vs. Alien" clip can be found @ Animated-News.
No comments:

Do you use archived posts? Feedback needed! 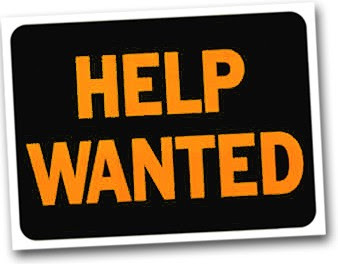 Yesterday Dr. Makarewicz mentioned a great resource site for graph editor scripts by Aaron Koressel. Go check it out, you'll like it.

I was curious to see if I posted about that and I found a link to it on my pre-Spungella site Academy Animation. It was part of two-post heads-up to check out Mr. Blake's Art Diary. Here's part 1 and here's part 2.

This made me think about the older site.

Should I re-post useful posts from the AAU site?
Should I just post quick reminders to a few older posts?

Or is that not needed because you check out the "Post Archives" and "Best-of Spungella" links?

This might sound mean (but it's not intended to be), but I'm always assuming that people are lazy (me included). That's why I created the AAU blog, Spungella and Animation Buffet in the first place. So people don't have to spend/waste time looking for things all over the web, they can just come to a centralized spot that redirects them, a spot that does the looking for them.

But since people are lazy, are they actually going through older posts? What do you guys do and think? Please leave a comment. I'd like to make this site as streamlined and useful as possible.

Alright, after a few hiccups it seems like the creators of Norman uploaded the rig for good.

Norman is a Maya puppet built unofficially for the Academy of Art University Pixar classes. Since those classes disbanded, we decided he should finally be set loose. Anyone should feel free to use the rig for non-commercial purposes, to edit him and pass him along to your heart's content.

You can find all the info and files here. And a how-to-modify-Norman @ Animation Buffet.
7 comments:

Just a reminder to check out the Animation Mentor Tips & Tricks site.

There have been plenty of updates and they are worth your attention. The last ones were:

- Do Animator Enthusiasts Need to Attend Animation School?
- What's a Beat? Do You Have Any Tips on the Best Way to Find Beats in a Shot?
- How Do You Include Anticipation in Your First Blocking Pass?
- What Is the Best Piece of Animation Advice You Have Received?
- What Are Some Tips on Putting Force into Your Poses?
- What Is Locomotion? Could You Provide some Tips on Locomotion?
- Can You Provide Some Tips on Showing Characters Thought Process?

So head over there!
2 comments: