The @AnimPodcast put up a link to a very cool site called WIP - Work in Progress. It shows you the different steps from beginning to the end of artists' work. Go check it out!
No comments: 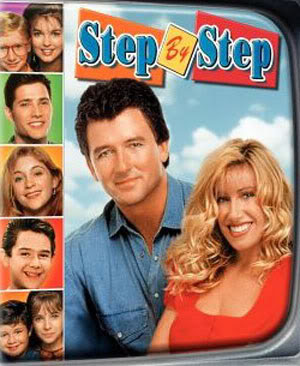 As I'm going through the Online Workshop pieces and shot ideas, there's something that came up which is very important.

I know dialogue stuff is a lot of fun, but you need to have the basics and mechanics down 100%. A lot of work goes into dialogue clips. It's all about the character and the acting choices, you don't want to struggle with mechanics during that process.

I recommend to everybody starting out with 3D animation that you do a bouncing ball first. Then a ball going through an obstacle course first. You can add a tail to the ball for added complexity. I know it sounds basic and you're going WTF? But bouncing balls are the building blocks for so many things. Then build on top of that with a human like rig (like Norman): do a jump, a walk cycle, a run cycle, have a guy standing and then sit down in a chair (or whatever), have a guy lifting something heavy, etc. Go step by step before doing a lip sync. Is every piece up to that point the best you can do? Is it as good as shots you see in animated features? Try a pantomime piece first. Can you show emotion through body language, without the help of sound?

Check out these posts as guide to what type of clips you could do:

Don't rush, take your time and master the basics first.

The fox looks awesome! There's a very nice fluidity to it and the little hesitations are great. There's really nothing major to critique, so I'm going to nitpick! :)

The entrance is great. Just watch out for little spacing pops and sudden burst after during the stop and as it starts walking again. For instance: the screen right back leg moves forward on 1:14 to to 1:19. That move of the leg feels a bit isolated since nothing in the hip area seems to be affected by it. The stop on 1:19 is also rather harsh, I would ease into that stop a bit more. You have another move with the other back leg around 2:01, but that one feels softer and settles more. So try it like that.

That screen left leg moves very quickly at 2:15. It's a tad too fast and it's missing the weight, as it would take a little bit of time and effort for the fox to lift the leg (I'm just talking about 2 or so frames easing out of that held position into the step).

Watch the arc as you track the tip of its nose during the screen right move, stopping at 1:22. You start an underarc but then it hits an invisible wall and moves screen left. I would finish that arc and curve up into the resting pose. Nothing huge, just take that sharpness away.

That little stop on the edge of the stone block is great! Love the detail with the paws and the overall timing!

After that, on the way down, track the overall head shape after 3:16. There are some spacing hiccups as the head visually moves to the right through space. There's also a body speed surge that happens around the 3:21 area. It's subtle but I still feel it. It would be good to soften that part so that the body doesn't advance so quickly so suddenly.

I think the tail could have some more complexity from 5:11 until the end, so it just doesn't stay so straight and locked during that section.

And even pickier. Do you have any controls over toes? If yes, it would be neat to get some foot splay during the close-ups, when the paw comes down and pushes off for some subtle squashing and weight accents.

Again, picky stuff, it's overall really really cool and I love how the fox sticks out color wise against the back drop.

Do you mind if I post this clip on Spungella.com? I'm sure a lot of people would love to see something that well done. If not, no worries of course.

the 2nd Spring SOS Workshop is starting in a month and the normal reshuffling period starts. Looks like there are now 2 spots free again, but only 1 spot left for the Summer SOS Workshop. And I'm already getting asked about the Fall SOS Workshop!!

As always, for the latest update, check out the "Workshop Dates & Schedules" post on spungellaonsite.blogspot.com
No comments:

How to Train your Dragon Olympic Spots

Head over to omelete.com for 5 clips! Thanks Bernie for the tip!

How to Train Your Dragon - Trailer

Awesome new trailer for Dreamworks' How to Train Your Dragon!

Emotions of a mistake

Don't know if you're keeping up with the Olympics but i found some awesome reference. This coach told his speed skater that he was in the wrong lane when he was in the correct one. The camera is on the coach the whole time and you can see him go throw so many emotions realizing he just cost his player the gold metal. Check it out if you have some time~

It's brutal to watch though. Poor guy.
No comments:

Company made? Fan made? Pretty polished! Like the three fingers at the end and the subtlety from 2:08 on.
4 comments: 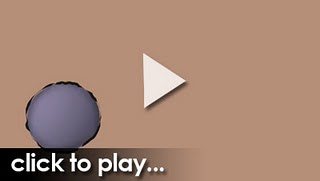 Head over to Keith Lango's blog and check out the tutorial he put up for this "squiggle line" look in his latest clips. Very detailed and easy to follow. Thanks for sharing!
No comments:

All French, but still cool to see footage of the movie!

How to Train Your Dragon: “Dragon Training” Featurettes

Slashfilm.com has a new featurette on the dragon training in 'How to Train Your Dragon". Love the dragon designs and the animation is fantastic!

A friend of a friend of a friend of another friend ... ok, maybe it's not that removed... one of my neighbors saw the movie and he really liked it (so did his friends). Word is that the trailer is misrepresenting the movie, it's less kiddie and more "epic". Sounds good to me, I can't wait to see it!

I'm starting to receive sign-up emails for the Summer SOS Workshop! Fantastic! I'm not sure yet if I will do 7 weeks with one session a week or two sessions a week, but it will be 7 weeks for sure. If it's only one session then the whole thing will cost pretty much half the current price of course.

The workshop will start June 21st. To see how many spots are left, check out this post.

As always, if you got questions, head over to spungellaonsite.blogspot.com and check out the FAQ. If you still have questions, just send me an email.

Firstshowing.net has the new Toy Story 3 trailer, so head over there and watch it!
1 comment: 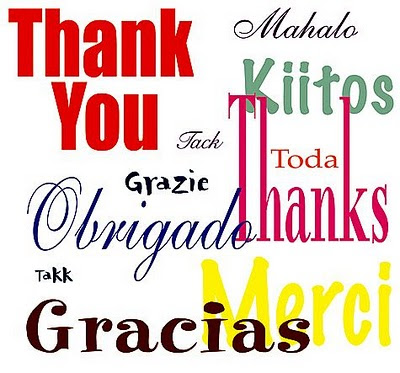 As the on-site workshops continue and the online workshops are about to start, I have to stop and thank everybody who is participating. Thank you for making this so much fun! Thank you for inspiring me with your awesome work! Thank you for paying someone you barely or even don't know at all! You guys put a lot of trust in me and I'm going to do my best to earn that trust!

The February Animation Mentor Newsletter is out! This month you get:

Email ThisBlogThis!Share to TwitterShare to FacebookShare to Pinterest
Labels: AM, Spring 10

The Art of How to Train your Dragon 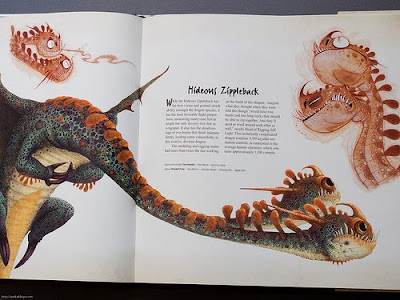 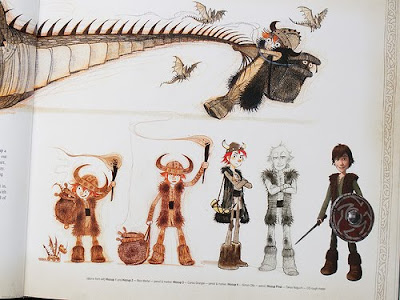 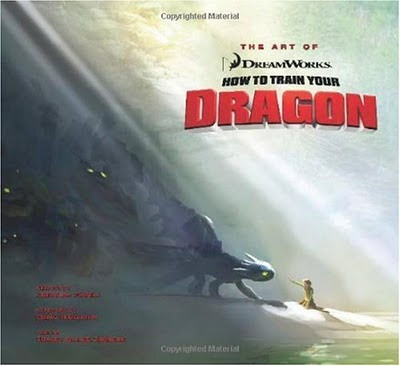 This looks absolutely fantastic! Check out this site which has tons of pictures and a video clip of The Art of How to Train Your Dragon

The Lady and the Reaper 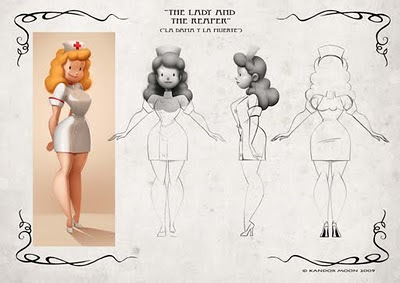 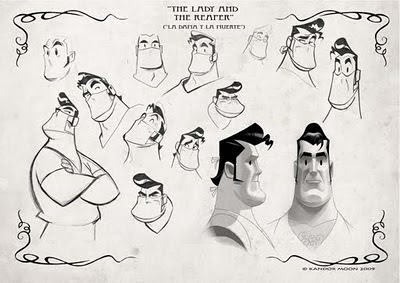 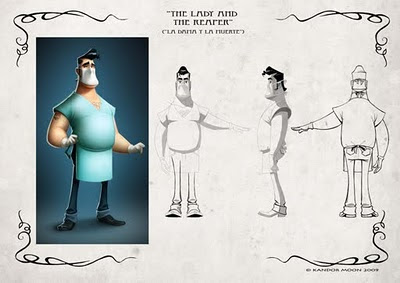 Great short with sweet character designs! Check out the official site www.theladyandthereaper.com and watch the movie there! Also, head over to the production blog for a behind-the-scenes look!

More information about Etienne-Jules Marey is found here.
No comments: 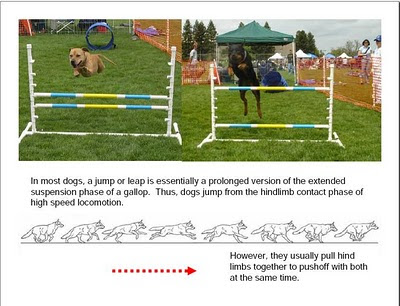 There was a great tip by @riggingmentor for the #animtip Tuesday session. A 105 pages long pdf about Animal Locomotion for Animators. Go check it out!
2 comments:

The Nominations for the 2010 Academy Awards have been released today and Cartoon Brew points out that you can "watch four of the five Oscar nominated shorts online". So head over there!
1 comment:

The effect of eyebrows 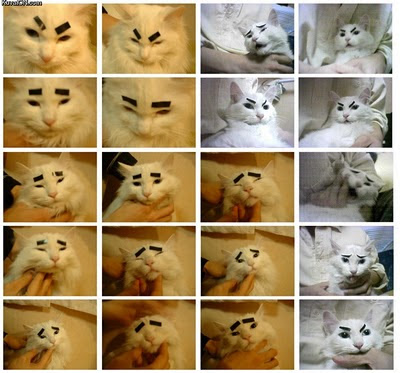 This picture was floating around work and as someone was saying: "... amazing to see how much we read into the arrangement of two simple lines on a face...".
3 comments: