I'm a big fan of heist movies, just like time travel and vampire movies. It doesn't really matter how bad they are, I still watch them. Fortunately "Flawless" wasn't that bad, but I wasn't blown away by it either. What was really cool though was the production design and camera work. Especially the opening of the movie had many shots which stood out in terms of composition and staging.

For instance Demi Moore's clear silhouette thanks to the brighter background. 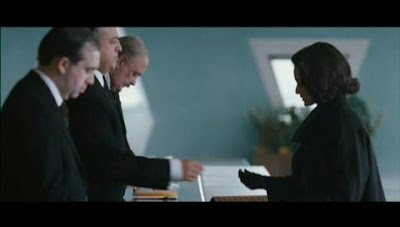 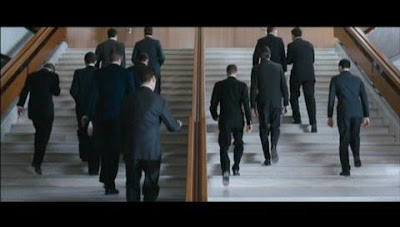 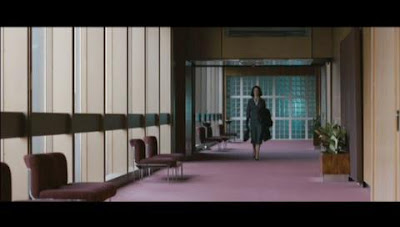 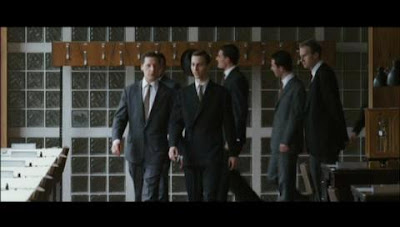 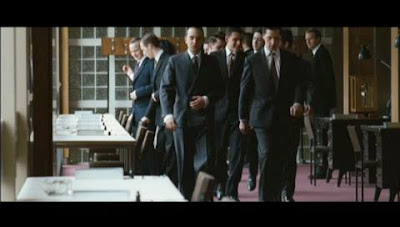 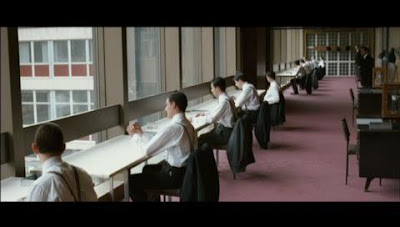 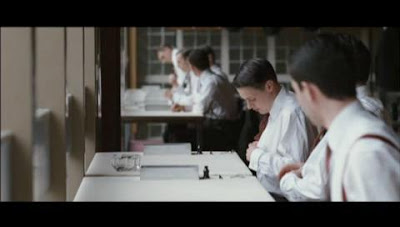 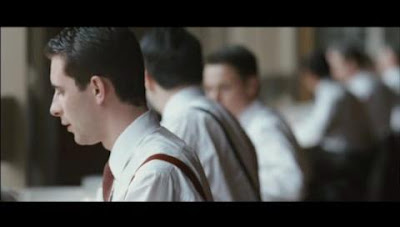 This sequence was also very cool because of all the straight vertical lines, highlighting and emphasizing the structure, order and rigidity of the bank by using both the set and the actors. 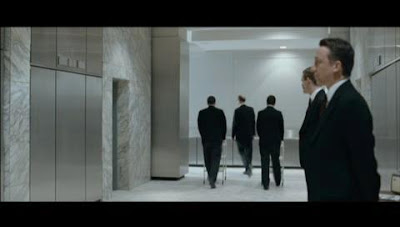 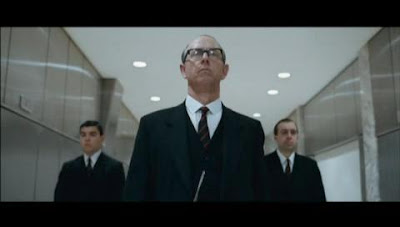 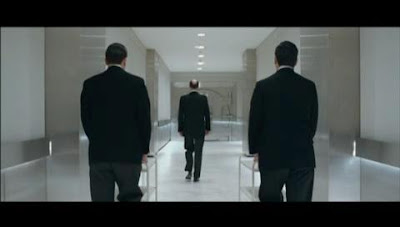 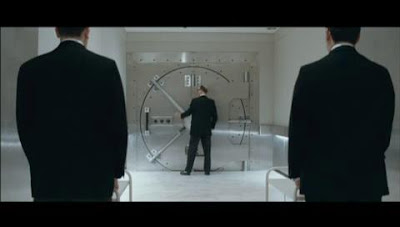 There's one shot in this sequence that made me really laugh. Demi Moore is oppressed by this male working environment, where her ideas are either unrecognized or exploited. So in this shot it establishes the geography of the scene. The boss screen left, her in the middle, and the advisors on the right. Already here she's surrounded by everybody, no escape, very prison like. 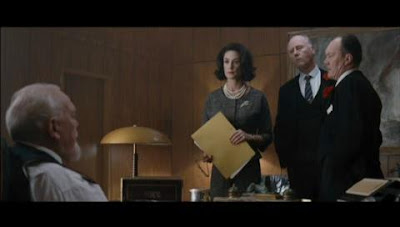 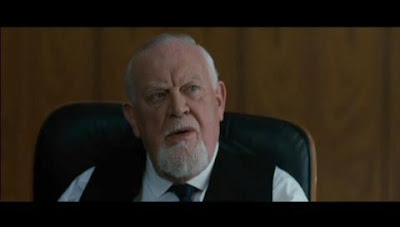 Same here, she has enough room screen left, so you think all is well. 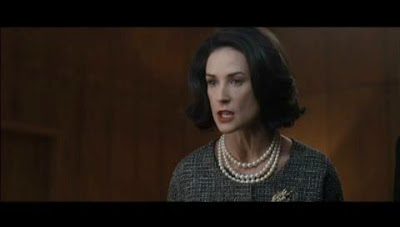 Ah no. The vultures are right there, hugging the left screen border, making it look uncomfortable. The look on their faces is awesome as well. She's being scrutinized by those guys with no sign of escape. 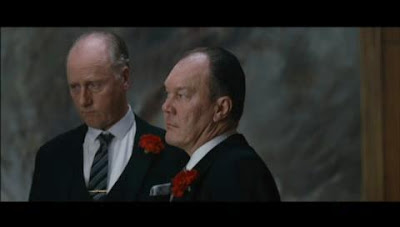 This part I liked because of Michael Caine's walk and how he contorts his face (nice asymmetry). He's usually playing strong characters, so it was fun to see him act this way.

This next one I liked because of the detail. He's super nervous so obviously his hand is shaking. So what does he do? He uses his other hand to keep it steady. I know, super small thing, but I like stuff like that.

I'm going to have to see that. I have a man-crush on Sir Michael.