Do you take drugs when you animate? 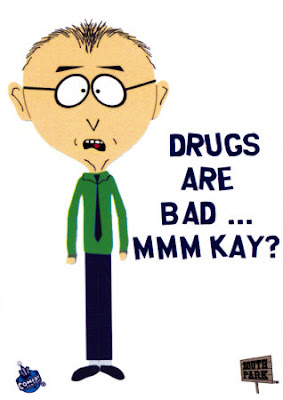 A friend of mine, who was working at a company which needed a high performance output from their employees, asked me once if animators take drugs in order to survive the harsh ours of crunch time. I was only able to laugh at that question because I never once thought that animators would and I've never heard of anybody doing such a thing. I still haven't and it just seems ridiculous. But today I realized something.

I do take "performance enhancers".

Let's say you have a shot which is going through changes after changes and you almost reach the end, hearing the faint whisper of the word "Final.", but then you get even more changes. Your morale can take a hit. But you're a professional animator, you have to get over it and keep going. You need to approach every new version like it's the best shot you've ever done, making it look like the best shot in the world.

So what am I doing when working on difficult shots? I take drugs. And they are called:

I love movies. I grew up watching a lot of movies. And there are some that trigger a happy feeling within me. It doesn't matter how bad my mood is, if I start watching any of those, it puts a smile on my face. Now, I can't watch movies at work all day of course. I take my DVD and export just the mp3, so I can listen to it. It's awesome.

I don't know if this post has a specific point. I just wanted to share what I do when animation feels more like a job then pleasure. Unfortunately those days happen, but not very often. And if they do, it's time for a childhood movie.

I drink redbull, only if I really feel tired physically. That's all and it works fine. :-)

I usually listen to self-help/motivational speakers so I don't lose sight of the bigger picture but yors is a great alternative too.

Not exactly on topic, but this post made me remember something humorous:

I remember hearing about Art Babbitt say that when Fantasia became popular again during the 60's Psychedelic era some hipsters at a screening of the film which he attended asked him if he "was on drugs" when he animated those trippy dancing mushrooms in Fantasia.

Babbitt told the kids: "Oh, yes, I was on drugs during Fantasia ... I was addicted to Pepto Bismol.

You should'nt watch The Thing... The Stuff is way better... Look for it!!! I have been saying that for you the entire summer :)

Yeah, whatever it takes to get you through it. Lots of quality time with my family helps me the most after work.

I love how you specify Airplane 2. Wouldn't have anything to do with Buck Murdock, would it?

Neverheard of him. Wait, that's not entirely true, we were like brothers!

that is THE craziest trick ive heard...gotta try it some day...