Acting Reference - Life "Did you feel that?"

Go to hulu.com and check out the Life episode "Did you feel that?". Besides being a cool show, this one has a cool ending. Go to the 37min 30sec mark as shown below and watch that hostage sequence. 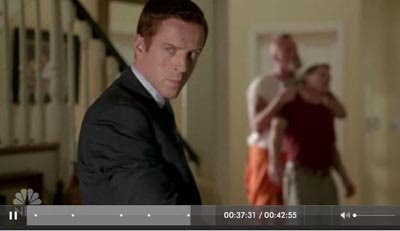 There are many things that I thought were really cool (the characters on that show are just a lot of fun). But in terms of animation it's a neat example of looks and eyes and blinks. 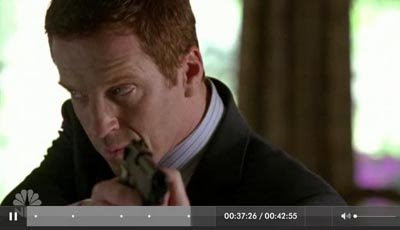 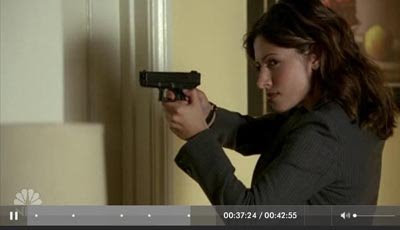 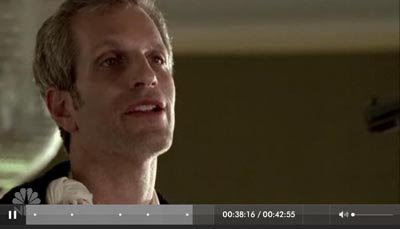 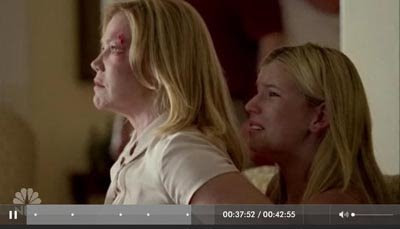 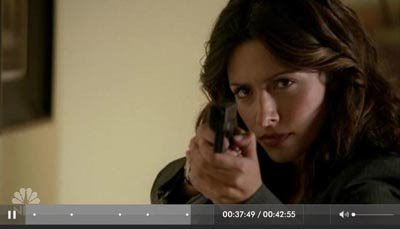 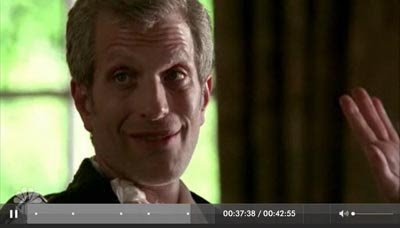 It's interesting to see the mannerisms of the bad guy (pic above) change, from relaxed/cocky to tense and frustrated. 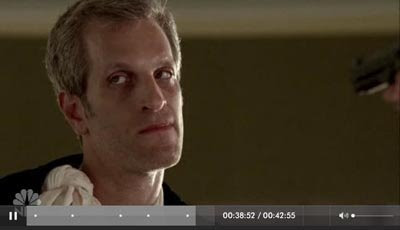 His gaze is usually pretty steady, but here (pic above) he's suddenly checking out the partner, because he knows his power is diminishing. It's a simple look, but in the grand scheme of this sequence, a telling one. 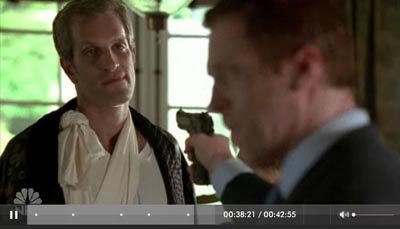 His emotion clearly changes towards the end, as he starts to get annoyed. 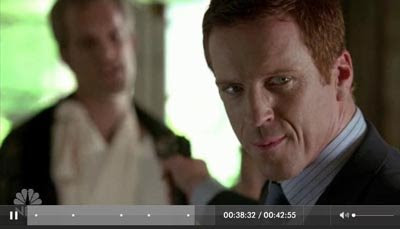 Now that people are doubting each other the cop latches on and really pressures the weak hostage taker. You can see the pleasure in his face (he's usually pretty serious). 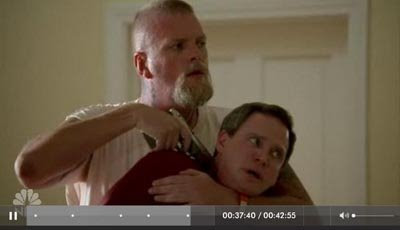 Now the guy above. He's shoving his gun into the hostage's neck. But once he's doubting his partner, he loosens up and readjusts the gun. That little readjust is subtle, but a nice gesture for a somewhat bland character.

My favorite part is the countdown (pic below). There's a nice little connection between the cop and the kid hostage. 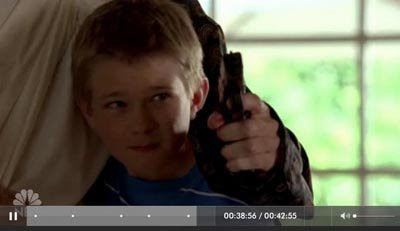 After he signals the kid that he's about t0 count down, there's a cute little acknowledgment by the kid. 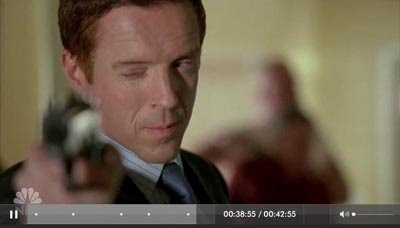 A single picture doesn't show you the little head move he does, so make sure you watch that sequence. It's nothing Oscar worthy or earth shattering, but all in all a cool hostage resolve moment. 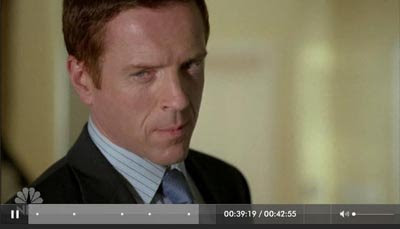 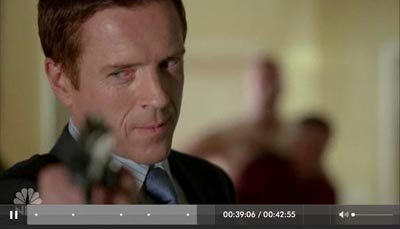 Little eye dart. Subtle, but effective for that moment.

Then a quick intense look as he shoots the guy. It's a very short shot, but it helps to give it that extra emotional kick. 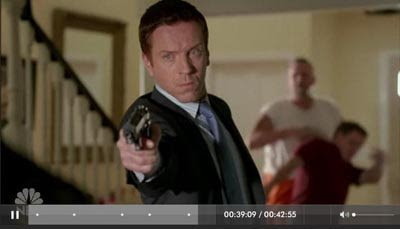 Hulu is free, so go to the site and check out that sequence.

Im afraid non-us viewers aren`t allowed to watch. still, the pictures illustrate some of it nicely.

Ah, that sucks! Just like Netflix! Even with a domestic account, I can't stream the intant watch movies in another country.