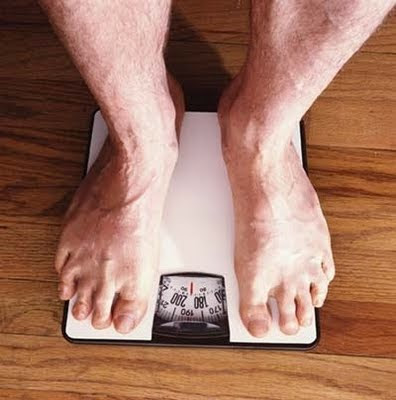 I just answered an email question about how to fix weight issues and I thought I might as well post the answer here.

About the weight. ... [there's] not a trick per se to fix it, but you can pay attention to the translation specifically. Any movement that's going up/down or sideways has to have a slow part going into something faster or vice versa.

If you have even timing and even movement it will look robotic and/or floaty.

If someone goes up, then he/she/it has to activate the muscles and fight gravity, so the up movement will be slow at the beginning, but increase over time.

Same during a down movement. The down movement of the character will start slowly and increase as it goes down since gravity comes into play.

For sideways movement think of how the character is moving and where it is going. If the character is just standing there facing you and taking a sidestep screen left for instance, then the screen right leg is doing the pushing. So those muscles have to fire up first and then the character can push off in order to move. The spacing will start close together and get wider over time.

If a character is moving fast or jumping in one direction and is then doing a direction change you have to think about how the body has to deal with the momentum.

Now, depending on the style, those ease ins/outs can happen over ten or more frames or over one or two. I'm just talking about the general idea or principle. Always be aware of the style (and to a point also the physical nature of the character (ant vs. elephant for instance).