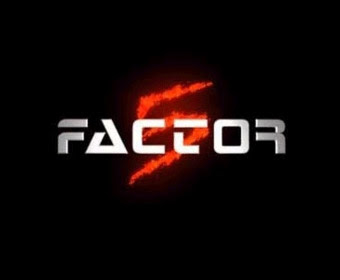 I was saddened to read about the closure of game studio Factor 5 yesterday. Kotaku mentioned rumors before, but I was hoping that it wasn't true. Unfortunately they were...

After graduating from the AAU in May 2003, I sent out my first wave of demo reel submissions and got barely any responses (because it sucked). After some at home practicing during the summer I took another class in Fall and thanks to Scott Clark and Angus McLane my new clips had improved enough to grab recruiters' attention and interviews started to happen. One of the companies which showed interest was Factor 5.

That interview is to this day the best and most fun interview I ever had. I expected it to last maybe 30mins tops, so my then-girlfriend (now awesome wife) drove me to Lucas Valley Road in San Rafael and waited in the parking lot until I came back. Neither of us anticipated a 3 hour interview (might have been longer even). But she patiently waited and didn't complain once when I came back. I love my wife.

Why did it take so long? Well, first I got a very warm welcome and then they gave me a tour of the studio. I was told that they just finished and celebrated a milestone the day before, which explained all the bottles of alcohol. :) I was desperately trying to hide how much I was geeking out, because I grew up with Turrican and the Stars Rogue Squadron games. As a kid I was reading tons of gamer magazines and I was very familiar with Julian Eggebrecht and the company. And now I was actually there. It was so awesome. And everybody that I met during the tour was so friendly, really welcoming, it was a really cool group of people. After the tour they all went to lunch and grabbed me with them to an Italian restaurant with lots of wine and great stories. It was all so relaxed and you could tell that the people there were more than just work colleagues, they were like a family. I was just amazed. This is how it's going to be as a professional animator? How cool is that?! After a good lunch we all went back and then the actual interview started, which was a bit more formal, in a separate room, etc. I met Julian and some of the lunch guys (and girls) sitting next to me were there as well. They asked me about games, the type of animation I liked, how I would approach specific game animation problems, etc. It was very interesting (especially since it was one of my first interviews) and still very relaxed. Julian was very upfront and really professional. I remember that he was looking for someone with a dedication to games, and not someone who would see this job as a temporary opportunity. I was very honest in my answers, that feature animation was my goal but that I needed to learn and gain experience and that I would love to work at Factor 5, but that it wouldn't be a 10 year commitment. After such a warm welcome, the last thing I wanted to do is bullshit him, so despite the chance of ruining my chances, I felt the least I could do is be honest and not waste his time. But they all understood my reasoning and again were really cool about it. Since my reel was mostly acting shots, I offered to do a test for them with more game specific content and they gave me a shot. A week into the test though more interviews came up and I eventually ended up at ILM, which was my ultimate dream. I felt really bad telling them that I accepted another job, but the email response was once again very professional, yet really understanding and cool, wishing me good luck and all the best.

What a class A group of people.

And now the company has to close... I hope the employees are finding other job opportunities very soon and I wish all of them only the best. Take care and thank you for everything.

I can't find many other professional animators as humble as you, JD. Thanks for sharing the story too. I wish them all the best too, they sound like a great bunch. :(

A lot of really talented artists have gone through factor 5...it's been a little shocking seeing how many smaller studios have shut their doors this year

Shame about Factor 5.Sound like they helped in forming your own cool personality.

But dude, I can't begin to tell you how fortunate you sound! Good on you. Your wife really does sound awesome too :)

She is absolutely awesome!! :)