I've been doing this for a little bit now but haven't officially announced it via a post yet.

After doing the online workshops for a while I figured that it was a lot easier on animators who wanted to sign up if the schedule wasn't blocked out in the usual Spring, Summer and Fall fashion (which I carried over from the on-site workshops).

So from now on you can start at any time for the 16 week block! It's the usual $500 for 16 weeks, with all the details and options outlined in the SO FAQ.

I've also added the option of having animators sending me their Maya files so that I can illustrate certain points hands-on, if the written feedback is not clear enough. You can find one of those examples in this shot, where I concentrated the tweak on the hip:

There are some features missing in Scribbeo and the updates of the app are not as frequent as I would have hoped. So I'm going back to taking regular screen shots and drawing on top of them.

But I've also added video reviews to the mix. And so far the feedback has been very positive.


I've also switched to Scribbeo (more on that app in a later post) for the majority of the feedback replies, which allows for a more structured breakdown of the notes. 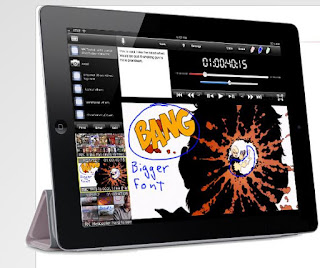 That's it so far!

Email ThisBlogThis!Share to TwitterShare to FacebookShare to Pinterest
Labels: SO, Spring 12, Update

I learnt a TON from my last workshop. Best money I spent.

Very tempted to sign up again now that you have made when we can start so much more flexible.

Awesome, great to hear! Who were you? :)

Akem. Not that it matters that much. I imagine most of your students feel the same way :)

Btw, I'm guessing your blog is hosted via Wordpress. If so, what plugin are you using to make it mobile friendly? It's really much nicer to view your blog on my iPod touch, though I have problems commenting through the mobile interface.

It's actually Blogger and they offer a mobile version of the site as well. The layout and template design has become much more sophisticated than it used to be.