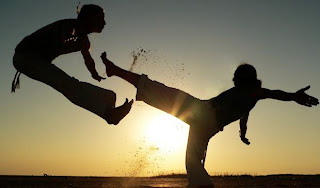 That clip is so great. What comedic timing at the beginning and end!

Thank you very much for your post. I now have good reasons not to go through with my impulse to do such a shot.

Though I do think my idea of a James Brown/Michael Jackson/Elvis impersonator at a talent show stating his desire to "do his own thing" would make for an interesting animation!