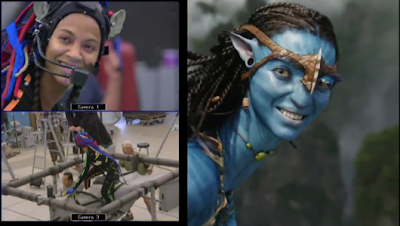 Head over to Hollywoodreporter to read about the new rules and outlines for animated features and VFX movies.

This is really interesting:

Also, as movies like a "A Christmas Carol" and "Avatar" break new ground with motion- and performance-capture techniques, the Academy has ruled that motion-capture alone is not an animation technique, stipulating that animated films must be created frame by frame.

The rule now reads, "An animated feature film is defined as a motion picture with a running time of greater than 40 minutes, in which movement and characters' performances are created using a frame-by-frame technique. Motion capture by itself is not an animation technique.

You know, that's a good thing. If studios want the award for the feature category, they can't continue to advertise mocap as this magic tool that does everything for you. Mocap gets so heavily tweaked by animators that it eventually turns into frame-by-frame technique anyway or it gets dumped from the get go. And I'm not even going to talk about creature work (wait, they didn't mocap the banshees in Avatar???).

So if they want the award, they have to admit that and stop using those buzzwords like "cutting-edge technology". Yay for keyframe!

That's great news for keyframe animators, but there are plenty of animators working in motion capture - similar to Avatar - doing brilliant work.

I think this only makes things more confusing, and it's not going to change the way movies get made. It only changes the way awards get handed out.

I don't think it will change the making of a movie either, but hopefully it will alter the way the "technology" gets marketed.

The definite distinction is helpful to the keyframe animators. Because some people think its one way not two different ways.